There were so many reasons to visit Brazil not least to see the iconic Christ the Redeemer in Rio de Janeiro, Brazil. It is a statue of Jesus Christ built at the top of Corcovado Mountain. It was voted one of the seven wonders of the world and it is an UNESCO World Heritage site. It has been high on my bucket list for a while but the highlight of my trip was seeing the  Iguazu Falls. which was truly amazing. So check out my blog post on it.

I booked my trip to Argentina and Brazil through a tour company  who arranged the flight, transfers, hotels and some sightseeing. It is so much easier and often better value for money to use a tour company, especially if visiting more than one country and where English is not the official language. Spanish  is spoken in Argentina and Portuguese is spoken in Brazil.   You will need to be prepared for the  very long flight. It took 16 hours to travel from London Heathrow to Buenos Aires in Argentina, with one stop in Sao Polo, Brazil,  to refuel after eleven hours non-stop flight. 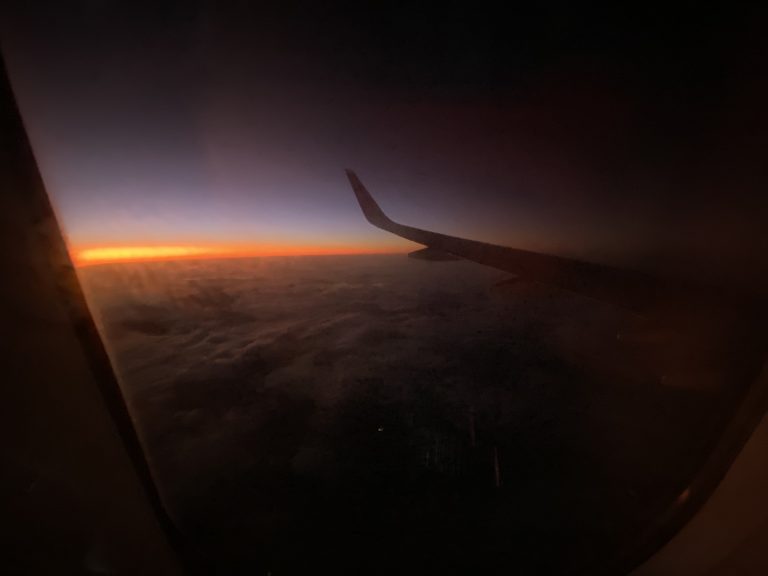 I experienced something that was most unusual; well it was unusual for me. A crew of aircraft cleaners  descended upon us – normally an aircraft is cleaned when empty. But not this one- some people disembarked and before more embarked, the aircraft was cleaned within the shortest possible time. The team literally cleaned around us- each person had a task to do. One person collected the headphones, another picked up the litter, while another hoovered; all worked seamlessly  like magic! And suddenly all disappeared and  more passengers embarked and we were off for the next three hours flight to Buenos Aires.

I arrived in Rio at the  time Brazilians were preparing for FIFA World Cup and the second round of voting in the election to chose their next President. The whole country was gripped; it was a close fight between – Lula da Silva and Jair Bolsonaro, the incumbent President. It was quite an interesting time to be in Brazil.  As you would expect, I had my list of places to visit in Rio and I was not deterred by all the election fever around.

My hotel was a few minutes away from the popular Copacabana beach, so it was the first place that I visited. I must admit that I was not sure what to expect. It was a hive of activities – from beach vendors to football games and volleyball, and lots of restaurants with  music and people just chilling out on the beach.  I visited during the day and night time to get a different experience of this famous beach.  To be honest, I personally did not feel the buzz or experience what makes this beach famous or a tourist attraction. The most striking thing for me was the black and white wave motive on the  4 kilometres promenade that provided a special interest. And watching the sun set! 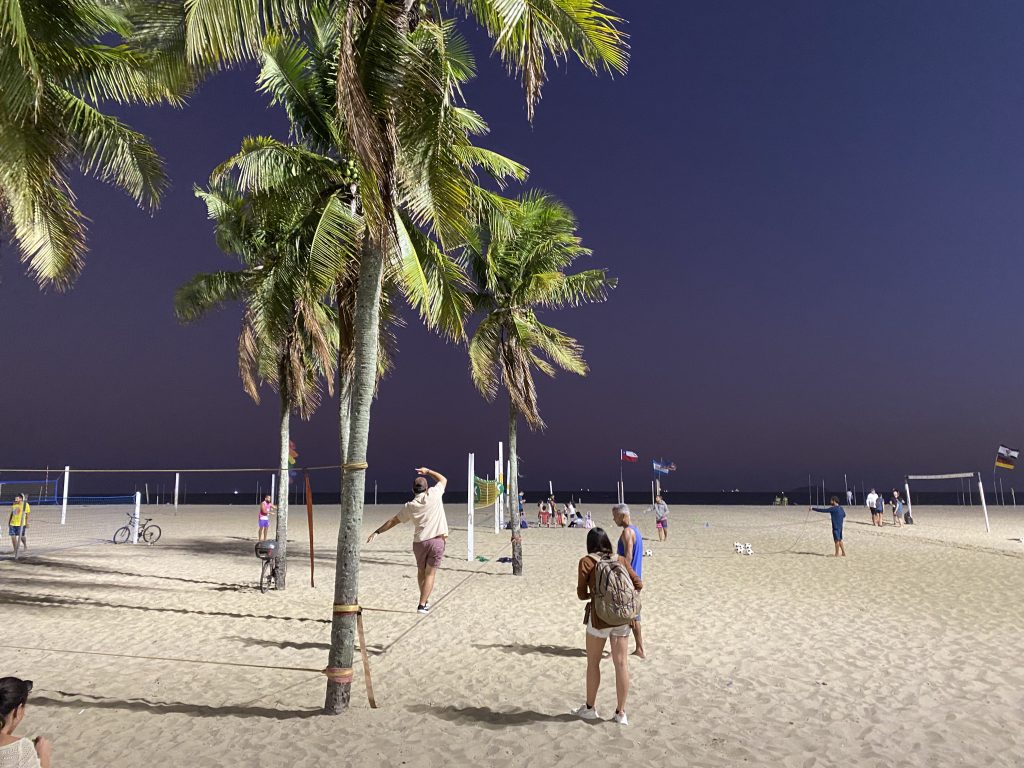 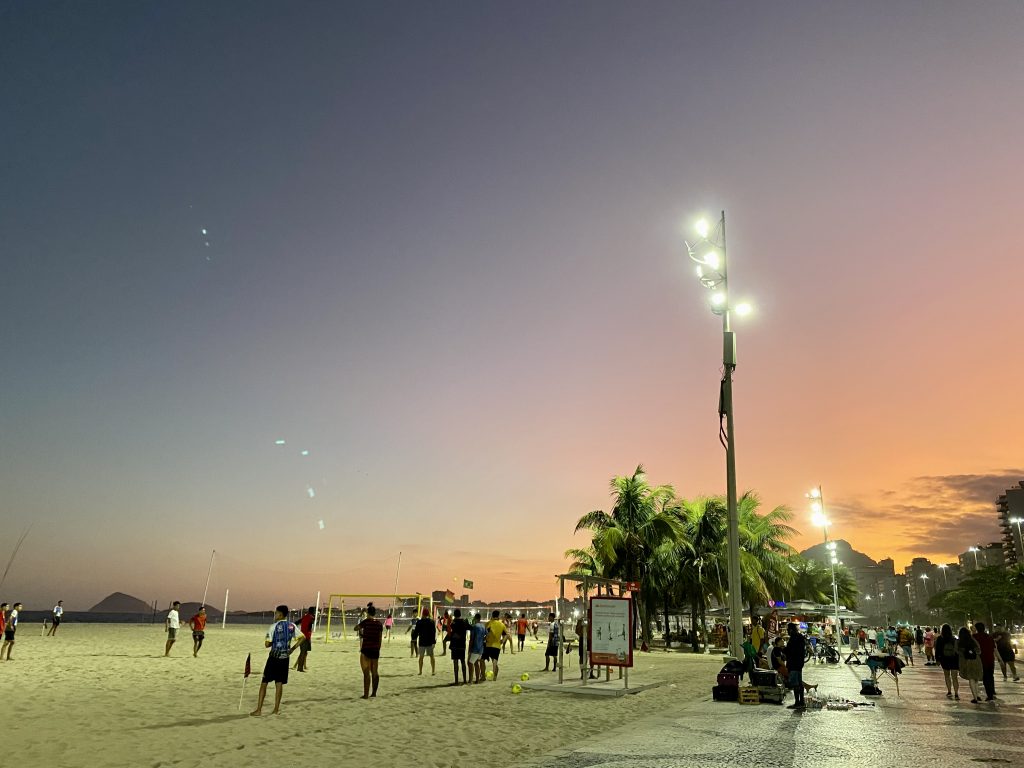 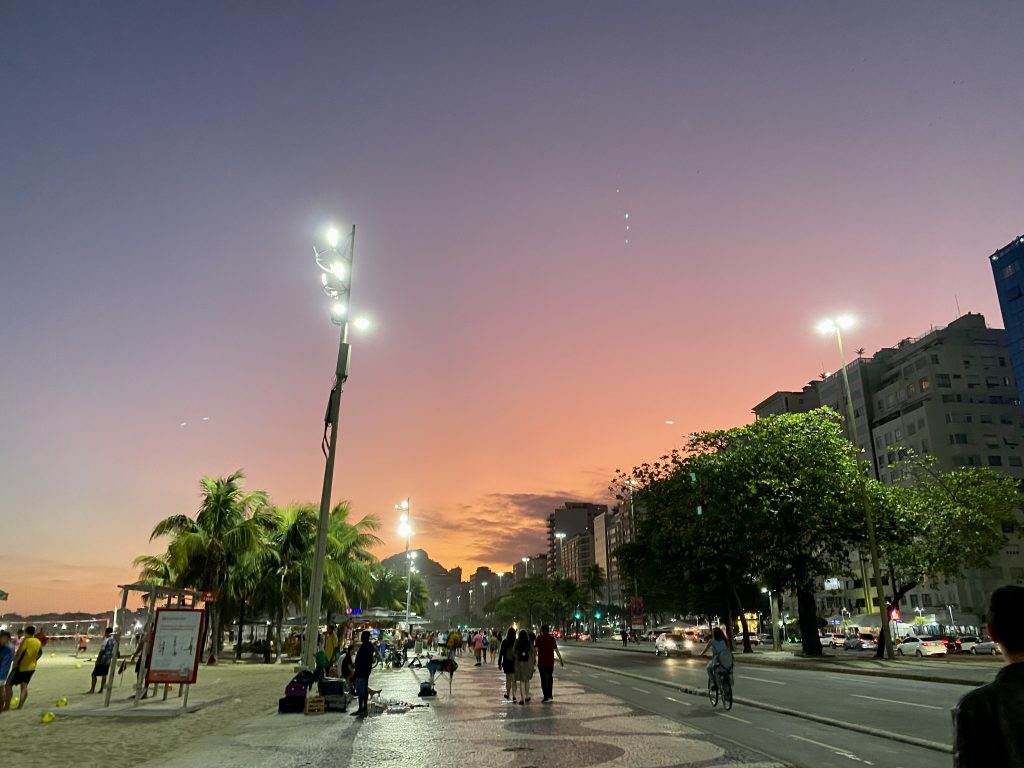 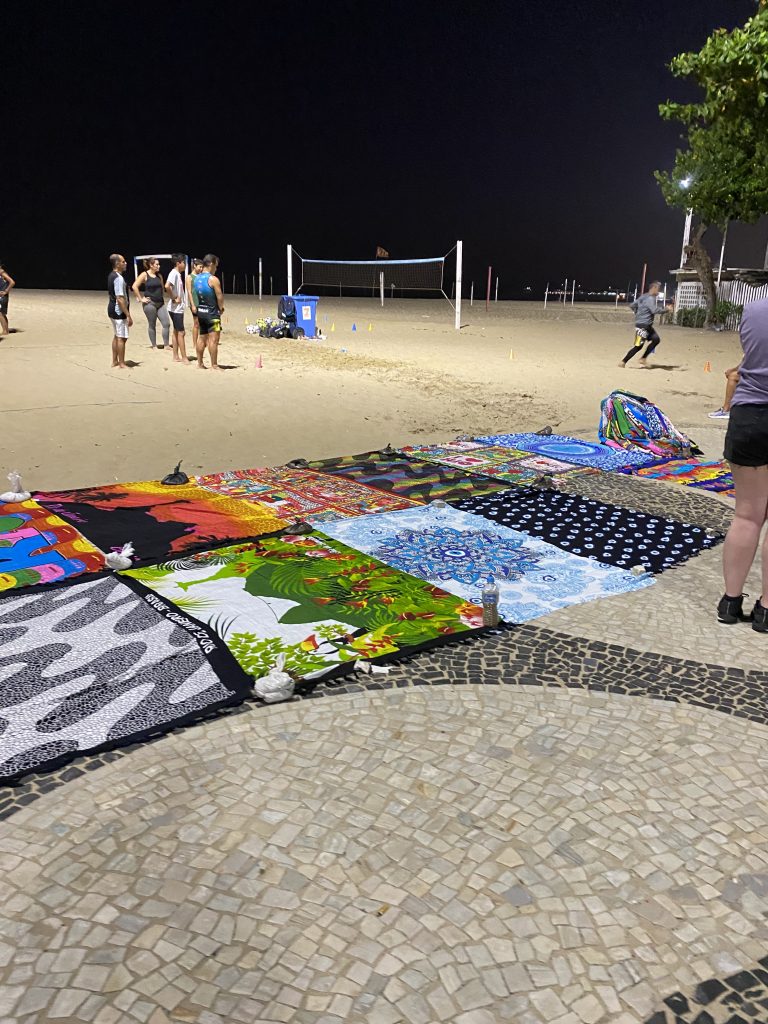 One of the first things I do when I arrive in a new country is to go on a city sightseeing tour. I like to find out what the country is showcasing tourists as their pride and joy.  The sightseeing tour of Rio gave me an overview of the landmarks and tourist attractions that I might want to explore further.

The tour took me to the Maracana stadium where several of the FIFA World Cup matches and finals have been held.  The stadium is associated with Pele’s famous goal when he played for his club, Santos. The stadium is in disrepair so I am not sure why it was included in the city tour other than for its history!

As Rio is famous for its carnival, the sightseeing tour included a stop at the Sambadrome Stadium that was built specially to hold the famous Rio Carnival, There was nothing to see really but I can imagine how this stadium come to life with the vibrancy and colourful carnival.

All sight seeing tours in Rio de Janeiro will most definitely take you to see the Escadaria Selaron, also known as Selaron Steps. It is a free attraction in the neighbourhood of Lapa. The Chilean-born artist called Jorge Selaron created these 215 colourful steps from mosaics/tiles from around the world. He worked on it alone and it was said that  it took him over 20years to complete. He claimed it was his tribute to  the people of Brazil. They are pretty and colourful but I could not truly see why it was one of the top attractions in Brazil! Our guide told waited for us at the bottom of the steps and told us not to climb all the way to the top as it was not safe. Needless  to say, I took his advice!

Although it was not my main goal, I could not visit Brazil without seeking my family’s African ancestral home that I had heard so much about when growing up. The Soares, Samuel, Santos, Da Silva, Da Costa, and Da Rocha, to name but a few, are descendants of the African slaves who were forced to work in the plantations in Brazil. Regrettably, I was unable to achieve my objective.   Brazil is a huge county; in fact it is the largest country in South America.  and where  the Yoruba’s from Nigeria in West Africa settled in Salvador was about 3 hours flight from Rio de Janeiro. However, I found plenty of evidence of the cultural influences in food, music and art.  I recognised some of the food from my childhood like tapioca as well as phrases like “vamoose” meaning “move, let’s go”.

Did you know that the capital of Brazil is not Rio de Janeiro or Sao Paolo but Brasilia!