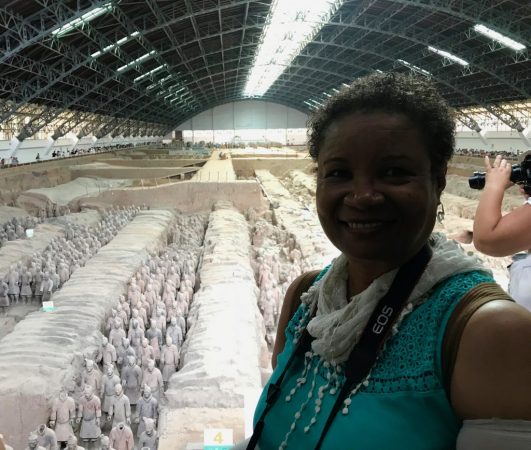 Seeing the famous Terracotta Army must be at the top of anyone’s list when in China. Really, no trip to China is complete without it. One cannot help wondering why or how on earth anyone could embark on such a project thousands of years ago. It is considered by some people as the 8th wonder of the world! Just like climbing the Great Wall of China, seeing these sculptures built over 2,000 years ago is beyond my comprehension.  It is a marvel and a wonder.

The first emperor of China, Qui Huang wanted to safeguard his afterlife and so embarked upon this huge project from an early age. These treasures were discovered in 1974 by four farmers who were digging for a well. 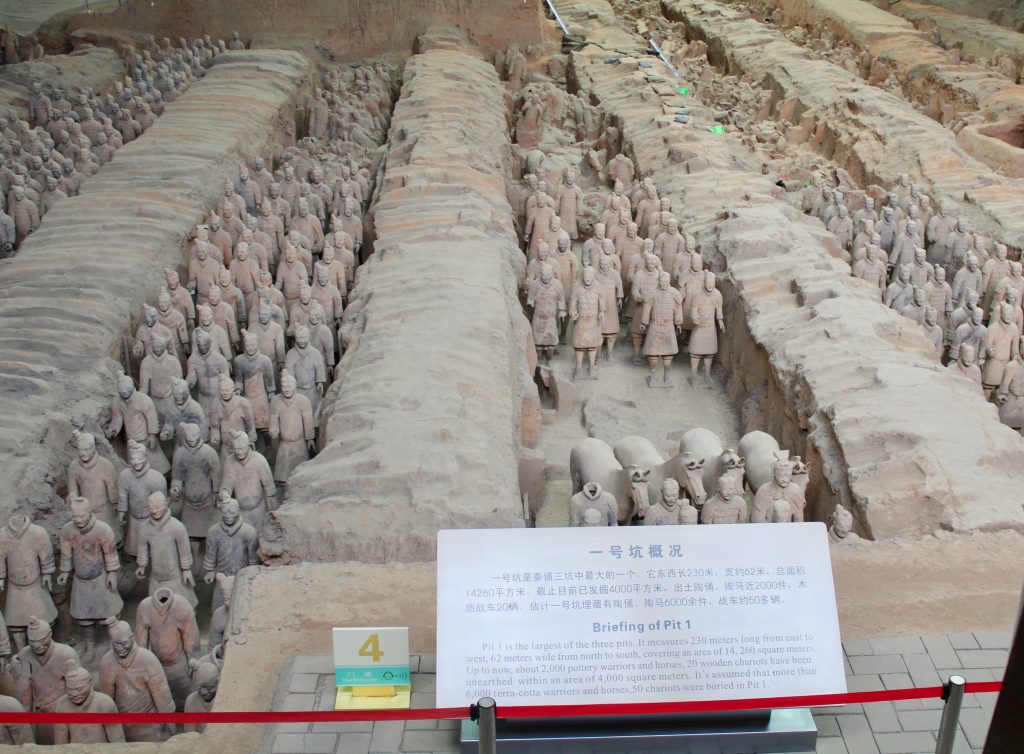 These sculptures will take your breath away. They paid attention to every detail, from facial features to the hands, hair styles, posture and clothing. They are so individual that no two are the same and almost real; even the horses looked real. These life size figures, and horses, were lined up, like they are ready for battle, to defend the emperor and guard him with their lives. Unbelievable! 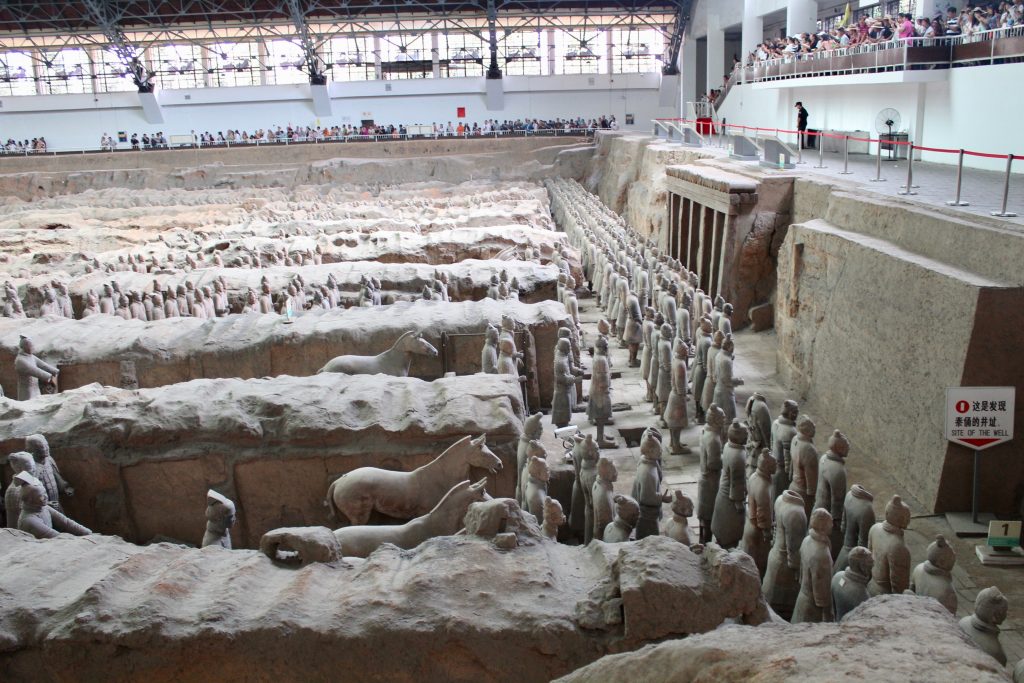 About 8,000 warriors, 100 chariots, 400 horses, and more than 100,000 weapons have been unearthed from the three pits so far. Each one is being meticulously restored to its former glory. It is a time consuming task but well worth it. 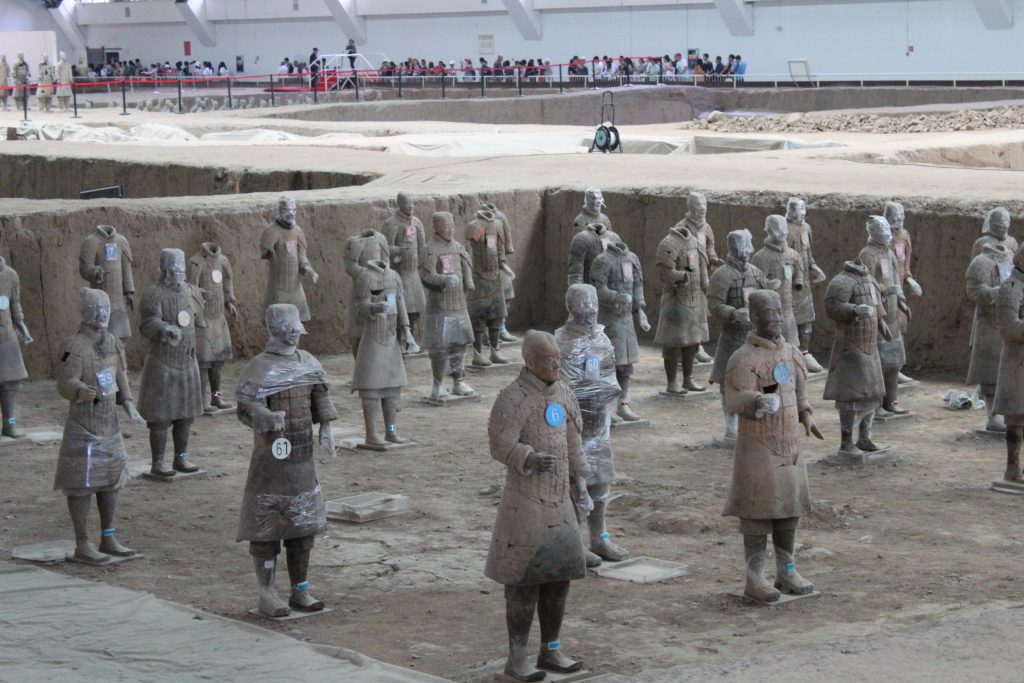 Emperor’s Qui Shi Huang’s grave is said to be about 1.5 km away from the main site and it has not yet been excavated.  The site is protected by the Chinese Government and the public is not allowed to visit the site.

I was captivated by The Kneeling Archer and I photographed it from almost every angle. It was in perfect condition. You can see every detail – a magnificent piece of art if nothing else. It is simply stunning.